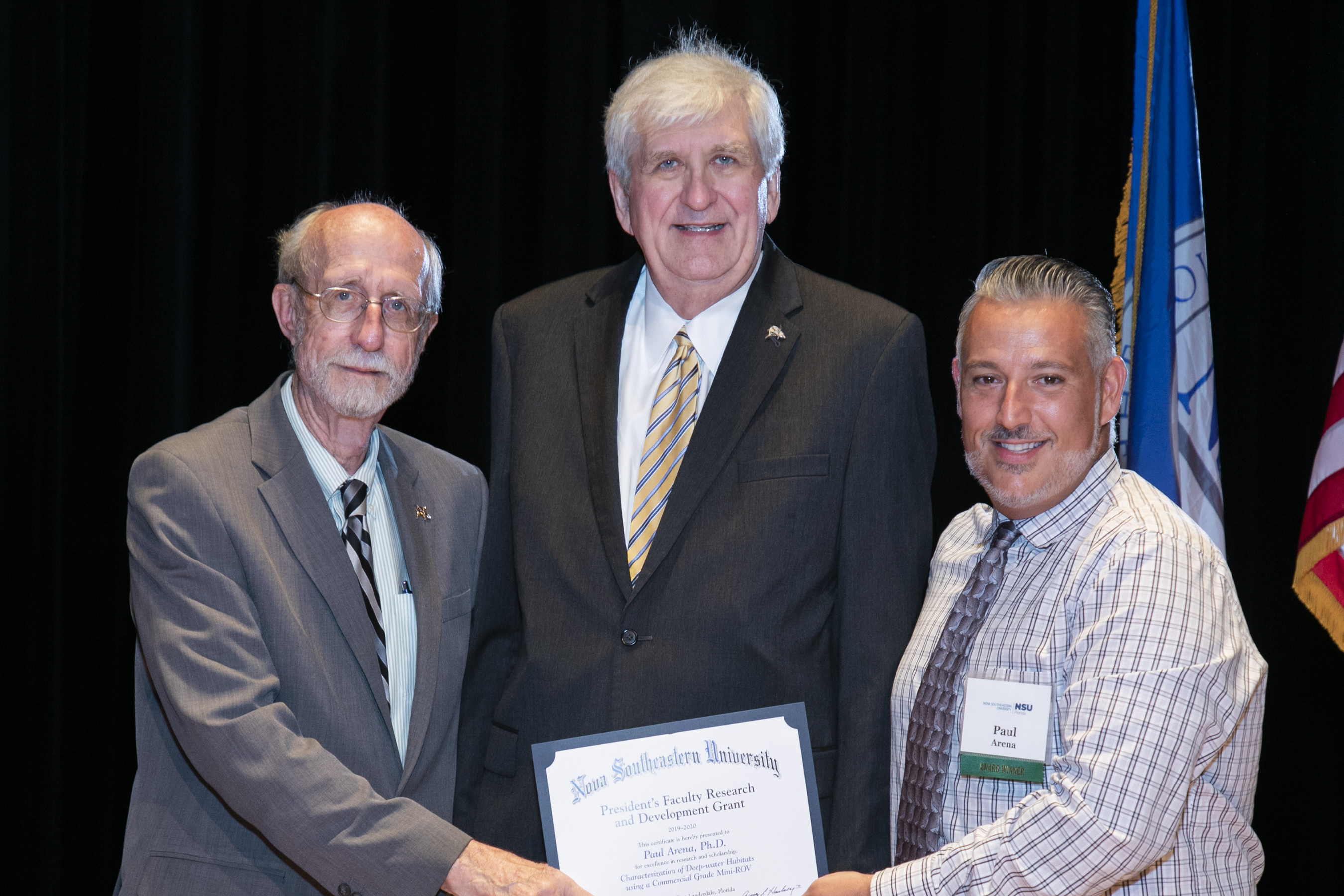 Surveys of habitats within SCUBA diving depth limits have been exhaustive, while the deeper regions of the world’s oceans remain one of the least known areas of our planet. Previous research at depths greater than 30m have been rare due to the costs associated with submarine time or the use of large commercial remotely operated vehicles (ROVs). Recent advances in technology have made exploration of the mesophotic zone (30- 150m depths), also known as the twilight zone, more accessible and aﬀordable. Initial ﬁndings reported mesophotic habitats harbored a diverse community of organisms. Similar assemblages have been found in shallower habitats, indicating deeper sites may provide refuge from environmental impacts. However, other studies have reported drastically diﬀerent communities, endemism and exposure to similar impacts found in shallower regions. While research in these deep-water habitats is on the rise, we have barely scratched the surface of our understanding of biological processes at work there, and the connectivity they have to shallower areas. South Florida’s shallow coastal environment is characterized by three parallel reef tracts running parallel to shore in progressively deeper water. Benthic mapping and limited observations of deeper reef areas (>30m) have indicated the substrate consists of rubble- to boulder-sized clasts and low-relief pavements with occasional outcroppings of underlying limestone that decrease in cover with depth, until only sand remains at ~90m. South Florida’s reefs provide habitat for many economically important ﬁsh species and support a considerable recreational ﬁshery. Mesophotic ﬁsh surveys in the region are rare and those that have been conducted were merely snapshots of an extremely small slice of this habitat. The proposed study will use commercial grade ROVs (Deep Trekker© DTG2) to characterize the deep-water assemblages oﬀ South Florida. Transect surveys of a buried reef at 30-40m, as well as unimpacted/exposed reef, at the same depth, to the North and South will be recorded using the ROVs 4K video camera. Footage from these sites, as well as other unexplored areas of deep hard bottom and sand borrow pits will be used to enumerate and identify ﬁshes, as well as invertebrate benthic fauna. The study area is located just south of Port Everglades Inlet and the burial material is likely spoil, which was dumped oﬀshore during the initial creation and dredging of the port. The cutting edge ROV technology used will provide data on the ecological connectivity between deep habitats and threatened shallow coral reefs, and may provide new discoveries while exploring these primarily unknown regions of the deep.
Return to top of page