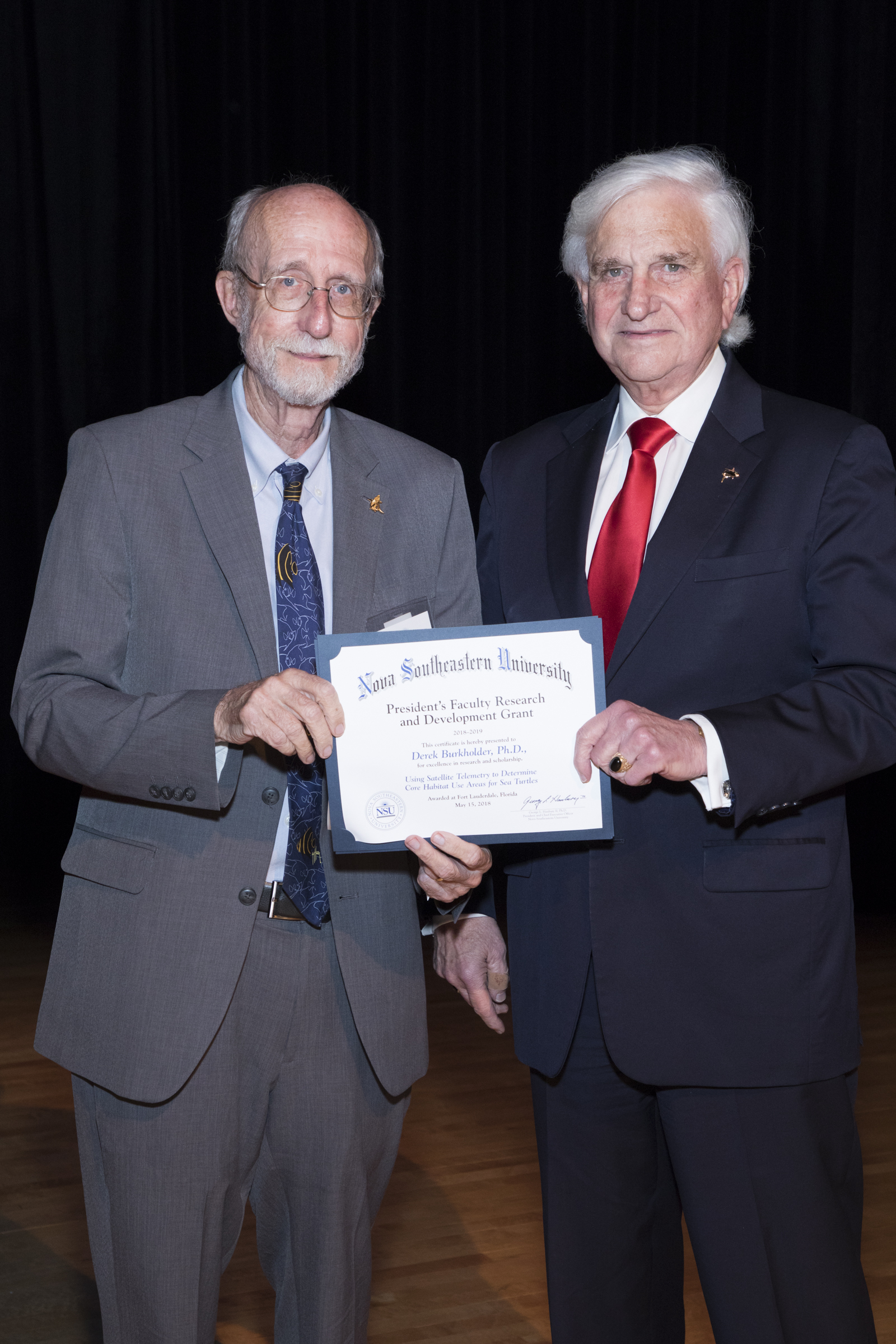 Understanding animal movement and use of the marine environment can be an invaluable tool for increasing conservation and management of many marine species. Use of marine protected areas to preserve habitat for marine vertebrates has become an important tool for conservation managers. Sea turtles utilize these protected habitats as foraging areas, mating zones, and traveling corridors between unaffected areas and areas that are under anthropogenic influence. Satellite tags can be used to monitor the long-term movement and migratory patterns of threatened and endangered sea turtles in heavily impacted coastal environments like Broward County, Florida. Preliminary data show heavy use of the Florida Keys National Marine Sanctuary (FKNMS) by Broward County sea turtles. We will investigate the differences in core use areas of loggerhead (Caretta caretta) and green (Chelonia mydas) sea turtles in the FKNMS from Broward County compared to animals that were tagged in two pristine areas, Dry Tortugas and Everglades National Parks. Satellite tag locations will be filtered by Location Class and plotted on a 5x5 km grid cell overlay of the tracking map. Colors will be assigned to each grid cell based on the number of tracking days in that cell. Maps will be created comparing high use areas by species, tagging location, and season (breeding and non-breeding). This type of geospatial data can provide managers with the necessary tools to assess the effectiveness of sanctuary zones and boundary lines. Improved management tools and increased conservation may have a large impact on the sea turtle populations, especially those nesting in Broward County.