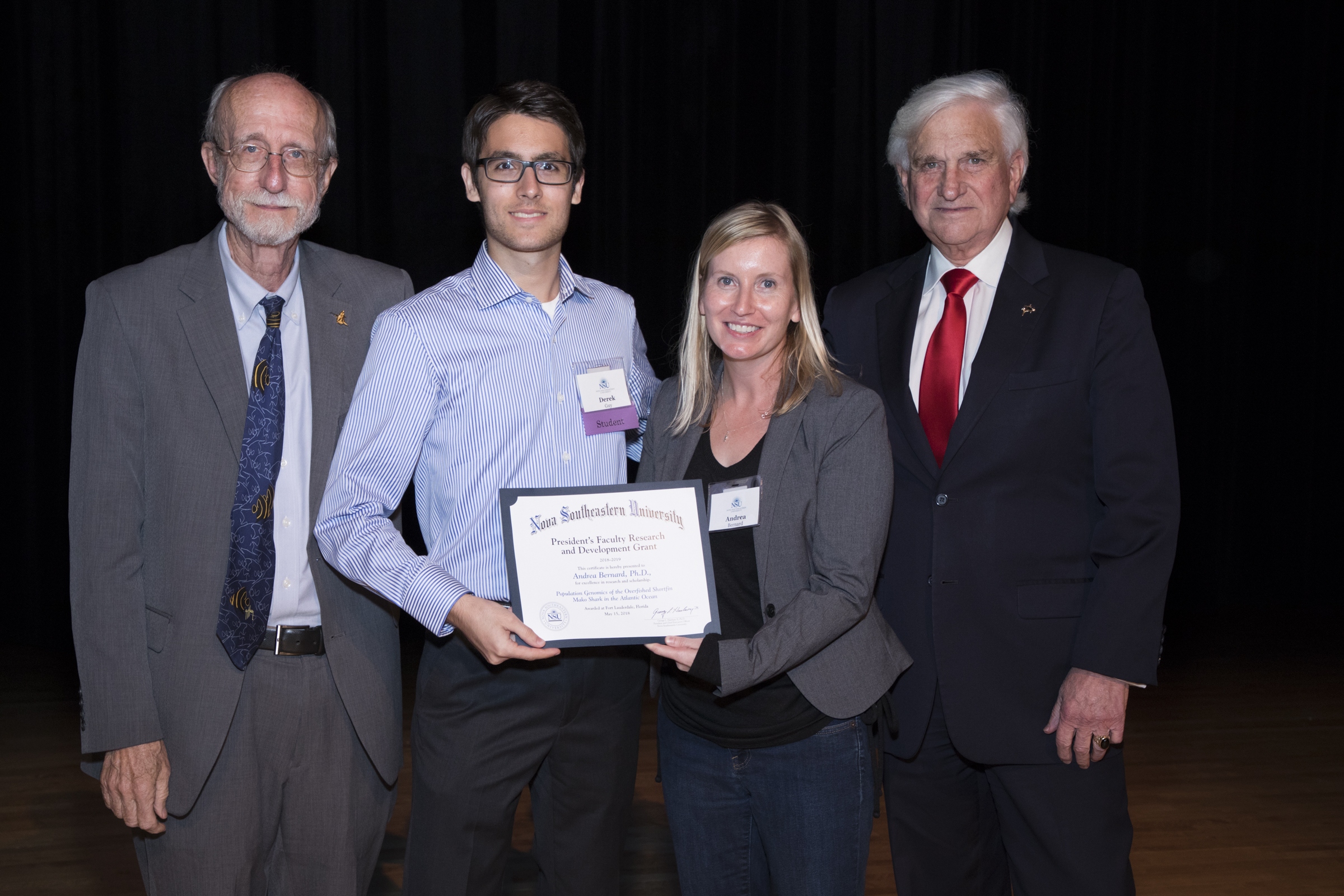 The shortfin mako shark (Isurus oxyrinchus) is a large, globally distributed, oceanic species of urgent management and conservation concern. It is a target of commercial and recreational fishers, caught in large numbers worldwide as bycatch by pelagic longline fishing vessels, and makes up a significant portion of the mostly unregulated international shark fin trade. The International Union for Conservation of Nature (IUCN) lists the shortfin mako as globally ‘Vulnerable’ to extinction due to population declines caused by heavy fishing pressure. Furthermore, very recent studies have shown that previous Atlantic-wide stock assessments for this species have dramatically underestimated fishing mortality, underscoring the urgent need for accurate population dynamics data to improve stock assessments for this shark. To date, very little is known about the population genetic structure of the shortfin mako in the Atlantic. The few previous assessments conducted on shortfin mako population genetic dynamics have relied on small sample sizes and low resolution genetic markers, resulting in an unclear view of the true population status of this species and thus hindering effective management and conservation decision making. Herein, we propose a high-resolution genomics approach to resolve the detailed population dynamics (population structure, genetic diversity, and evolutionary history) of shortfin mako sharks throughout Atlantic waters. All shark samples required for this project are already available in our lab. We will use two complementary genomics approaches to achieve our study goal: First, we will use next generation sequencing in association with a high-throughput genotyping protocol called Restriction site Associated DNA Sequencing (RAD-Seq) to survey the genetic variation distributed across the entire shortfin mako nuclear genome. The power of RAD-Seq is that this method is able to identify thousands of variable nucleotide markers in a single individual, and can specifically target and survey the same markers in all other individuals tested to elucidate population genetic relationships. Second, we will obtain and analyze complete mitochondrial genome sequences to acquire a high resolution view of the matrilineal population genetic connectivity of shortfin makos across the Atlantic. This combination of nuclear and mitochondrial genomics approaches will provide an unprecedented level of statistical power to identify even subtle population differences and resolve the true state of shortfin mako population dynamics. The results of this research will be of direct value to international fishery and environmental agencies charged with the Atlantic-wide management and conservation of this vulnerable shark species. This project will also provide two NSU students with training in conducting advanced-level population genomics research.