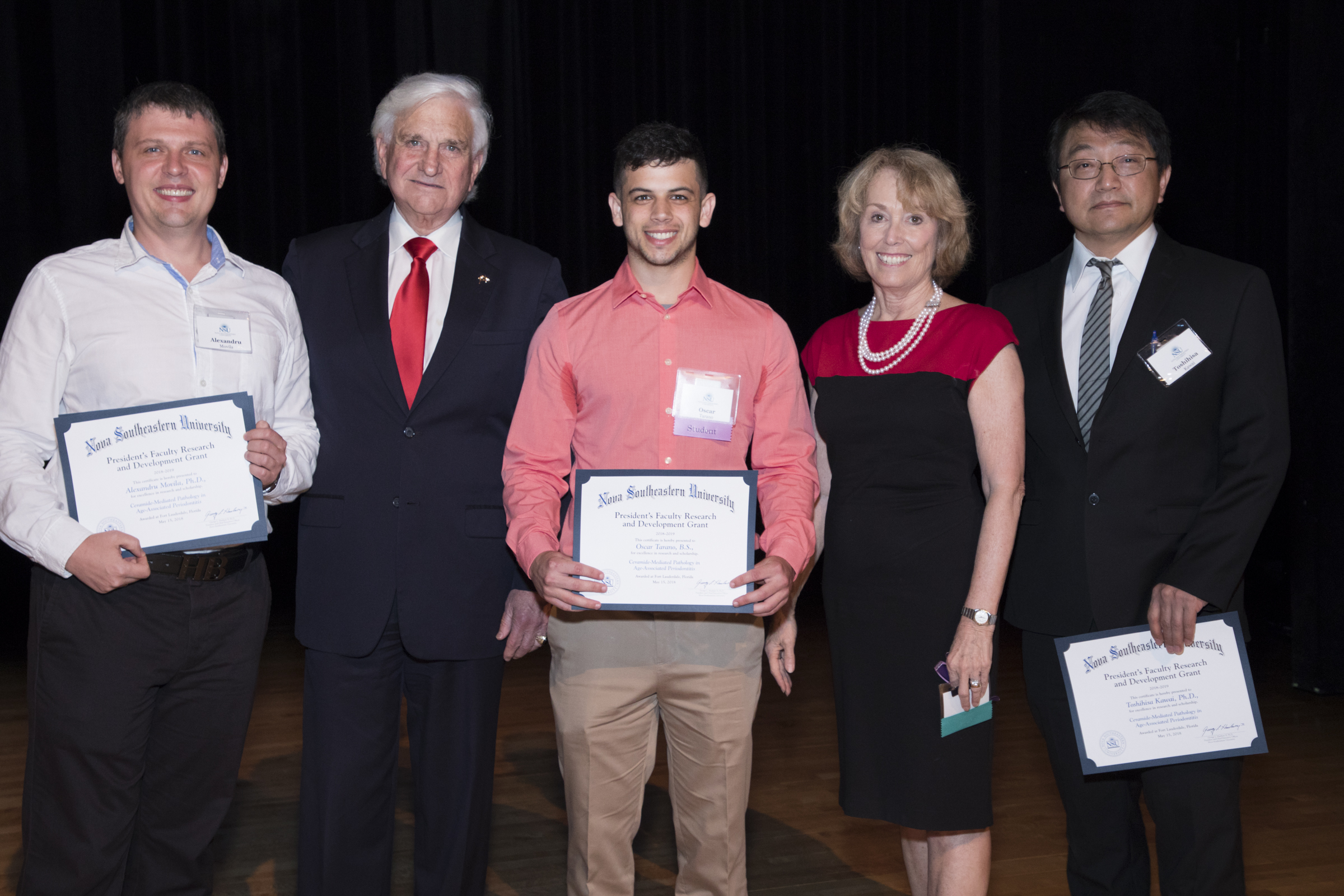 A paradigm-shift in oral gerontology has recently occurred with the realization that TLR signal is attenuated in elders suggesting that an alternative pro-inflammatory mechanism in age-associated periodontitis. Ceramides that comprise the cell membrane of vertebrates are attracting interest as signaling mediators in a variety of cellular events, including apoptosis and cell senescence. We reported that ceramides promote osteoclastogenesis by acting on non-muscle myosin IIA (Myh9), an intracellular down-regulatory factor for osteoclastogenesis. It was also reported earlier that cathepsin B promotes RANKL-induced osteoclastogenesis through temporal proteolysis of Myh9. In response to aging, the amount of ceramides increases in the cytoplasm of cells in conjunction with the diminished levels of acid ceramidase (ACdase), a lipid hydrolase that degrades ceramides. Our preliminary results indicate that exogenous high mobility group protein B1 (HMGB1), a key senescence-associated mediator, downregulates ACdase expression in Raw264.7 cells. HMGB1 induces signaling via ligation to its receptors, TLR2 and 4 or the receptor for advanced glycosylation end products (RAGE). Importantly, RAGE is up-regulated in elders. Based on these lines of evidence, we hypothesize that HMGB1-mediated suppression of ACdase in senescent osteoclast precursors leads to the increased levels of intracellular ceramides that actively signal and, in turn, promote osteoclastogenesis in periodontal lesions of the aging population. In this application, Specific Aim 1 will establish the role of HMGB1 in ceramide accumulation in cytoplasm of senescence osteoclast precursors via downregulation of ACdase activity in vitro. In Specific Aim 2, we will elucidate the molecular mechanisms underlying ceramide-mediated fusion of senescent osteoclast precursors in vitro through a cathepsin B-induced Myh9 degradation pathway. These results are expected to challenge the long-standing belief that LPS/TLR signaling is the main pathway of oral innate immune responses and will lay the foundation for opening a new paradigm of ceramide-mediated periodontitis pathology, leading to a future R01 grant application for development of novel therapeutic approaches for aging-associated periodontitis and other chronic age-associated inflammatory diseases, such as Rheumatoid arthritis.
Return to top of page