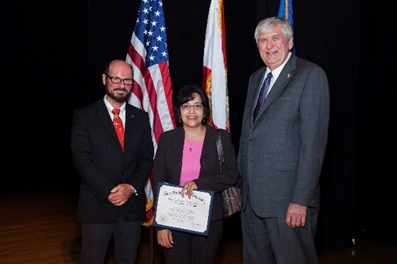 The Deepwater Horizon (DWH) oil spill which leaked an estimated 685,000 tons of crude oil into the Gulf of Mexico (GoM) between April and August 2010, is the largest accidental spill in maritime history. While immediate environmental impacts of the spill, such as direct and fatal fouling of wildlife and the physical contamination of coastal areas were easily observed, long-term effects of the spill are still being determined. Efforts to understand the recovery of impacted areas and species of the GoM, and the GoM ecosystem itself requires knowledge of the types of initial impacts and the potential longevity of those impacts. The proposed project is part of an ongoing program to evaluate the impact of the DWH spill on the economically important Eastern Oyster, Crassostrea virginica. Observations of the program to date include: (1) the pathologic morphological transformation of sensitive tissues because of exposure to oil, (2) depletion of lipid content in tissues and (3) alterations to developmental and growth rates as recorded by specimen shells stable isotopic compositions. The proposed project will perform a comparative analysis of the lipid content, both qualitatively and quantitatively in the digestive and gonadal regions of the oyster over the sampling time period. In addition to specimens already collected from the interval of the spill through 2013, new specimens will be obtained from coastal areas of Louisiana and Florida, with periodic sampling from July 2016 to January 2017. Comparative studies of the GoM with other locations such as Chesapeake Bay, MD will be continued to assess the spill's impact.

Analysis of C. virginica collected in Barataria Bay, LA and Apalachicola Bay, Fl between August and December 2010 show that 72% of specimens underwent reversible epithelial gill transformation (metaplasia), whereas specimens obtained between December 2011 and December 2013 showed a blend of normal and abnormal gill epithelium, to normal gill epithelium, possibly signaling environmental recovery. However, this was not observed in the gut, where specimens from both locations displayed an absence of ciliated epithelia and significant atrophy of the diverticula. An additional and qualitative observation made during the metaplasial work was the flaccid appearance of a number of individuals from the Louisiana coast in 2013.  Further work is necessary to ascertain the correlation between abnormal tissue and disruptions in filter feeding and digestion. Numerous studies have also demonstrated the adverse effect of crude oil and dispersants on phytoplankton which is the primary diet of the oyster. Further studies might yield a correlation.