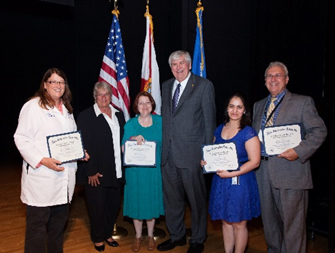 Veterans who served in the Gulf war report debilitating health symptoms 2-3x more frequently than military personnel who were not deployed to the Gulf. These symptoms are multi-system and non-specific, involving fatigue, headache, memory issues, sleep disorders and musculoskeletal pain. Gulf war illness (GWI) is a life-altering disease presumably caused by exposures to radiation and/or chemicals. However, since some, but not all personnel manifest this disease, there may be an additional genetic component that increases vulnerability to such exposures.

We hypothesize that our approach to environmentally-induced carcinogenesis, to measure the total effect of all genotoxic exposures, as modified by the genetic susceptibility of each exposed individual, can be translated successfully to a study of GWI. From our previous studies, it is clear that genotoxic exposures can induce both short-term and long-term effects, with the long-term effects associated with mutagenesis of the stem cell compartment. Stem cell mutagenicity, as demonstrated by persistent elevations in blood-based somatic mutation frequencies, would be expected to result in pleiotropic premature aging effects that could manifest as non-specific GWI.

We therefore propose to directly measure somatic mutation frequencies in symptomatic and asymptomatic Gulf war veterans and controls using the blood-based GPA assay, to determine whether elevated somatic mutation is indicative of disease or disease severity. We will archive viable lymphocytes from all subjects for future follow-up studies, which could include genomic and epigenomic analysis.  Archived blood cells from a subset of subjects with elevated somatic mutation could also be used to directly measure DNA repair capacity, to determine whether genetic predisposition is an important element in determining who will manifest clinically relevant symptoms.

Determining that the persistent genotoxic effects of cumulative exposure is associated with development of GWI would potentially provide a screen for risk that would allow for targeted interventions. Follow-up studies potentially identifying the basis of a genetic predisposition to such effects would also allow for the sequestering of “high-risk” personnel from exposures more likely to produce clinical disease in future deployments.