Role of Oxytocin in Neuronal Cells Development and Survival 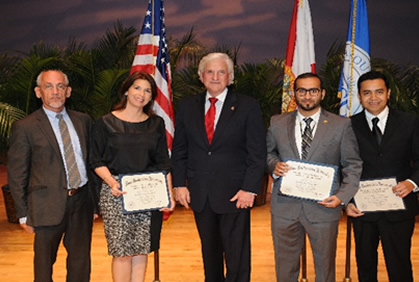 The neuropeptide oxytocin that is released from the posterior pituitary into the systemic circulation, has been implicated in several vital physiological processes, ranging from reproduction to social and non-social behaviors. Understanding its precise nature and functions is crucial not just within the theoretical context of neurobiology and related fields, but also within the context of clinical disorders such as anxiety, schizophrenia, or autism. Oxytocin has been recently associated with cell protection against apoptosis and cytoskeletal proteins expression. These findings might be relevant since certain neurological disorders have been linked to low systemic levels of oxytocin. In this proposed study, we will evaluate both the protective role of oxytocin against apoptosis/ cell death and its potential role in structural development in two different neuronal cell lines. In order to test our hypothesis, we developed in our laboratory two Oxytocin Receptor Knockdown cell lines, U87MG_KD OXT-R (astrocytes) and SH-SY5Y_KD OXT-R (neurons), to further analyze 1) apoptosis rates both, in the absence and presence of pro-apoptotic agents such as DMNQ, H2O2 or Camptothecin; 2) Cellular morphology; and 3) the underlying mechanisms by which oxytocin is affecting those cellular processes.

Preliminary results have shown a potential correlation between oxytocin and apoptosis/cell death rates and cellular development, being significantly different in the knockdown cell lines in which oxytocin pathway has been impaired, when compared to their controls (regular U87-MG and SH-5H5Y cells lines). The outcomes of this study will contribute, not just to, a better understanding of the key role that oxytocin plays in multiple physiological processes, but also to a new approach for studying and treatment of some current relevant neurological disorders such as autism.