I Think Therefore I Can: The Role of Self-Efficacy in Exposure to Contamination 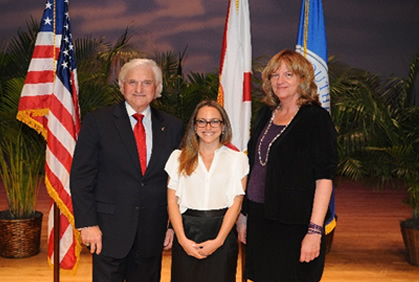 The primary aim of this project is to examine the effect of self-efficacy (SE) on engagement in a contamination related behavioral approach task (CR-BAT). This potential relationship is important, as it may have extremely positive implications for treatment of obsessive-compulsive disorder (OCD), a disorder characterized by recurrent obsessive thoughts and resulting excessive or unreasonable compulsions that aim to neutralize anxiety caused by said thoughts. OCD affects approximately 1 in 40 people and can be extremely debilitating, causing significant social and occupational impairment in the lives of sufferers. The current gold standard of OCD treatment is exposure and response prevention (EX/RP), an intervention that involves the patient being systematically exposed to feared stimuli while refraining from performing neutralizing rituals, so as to habituate to his or her anxiety. This allows the patient to slowly sever the perceived link between rituals and anxiety relief, thus allowing them to learn the difference between real and imagined danger.

For example, anxiety about contamination is a common OCD manifestation. In the case of contamination fears, EX/RP therapy would entail coming in contact with perceived contaminants, such as the in the CR-BAT, and refraining from subsequently performing decontamination rituals. Especially in the beginning of treatment, the exposure portion of this process can be particularly distressing for the patient, who is essentially asked to face his or her greatest fears. This often results in refusal, dropout, or lack of adherence to treatment, leaving the client unable to overcome his or her OCD. Based on previous research showing that SE has had a positive impact on a variety of different behavioral outcomes, including in the context of psychotherapy, exploring its effect on engagement in a CR-BAT may potentially provide initial evidence for a means to increase engagement in EX/RP, and thus improved treatment outcomes for OCD patients.