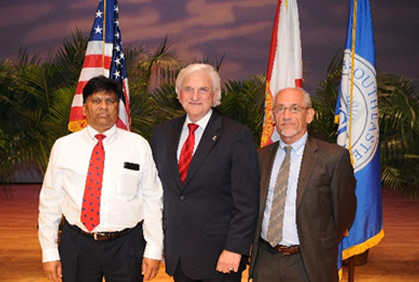 The incidence of hypertension, an increase in blood pressure is increasing worldwide. In 2000, an estimated 972 million adults were suffering from hypertension, which is predicted to grow to 1.56 billion by 2025. The causes of the world wide increase in hypertension are not well understood, but it is believed that environmental chemical exposure, such as excessive alcohol drinking may play a significant role. The mechanism involved in alcohol-related high blood pressure has not been fully investigated and is the focus of current study. The central hypothesis of this proposal is that alcohol-mediated human angiotensinogen (hAGT) gene regulation is one of the mechanisms of alcohol-mediated hypertension. Alcohol metabolism in the liver and increased cytokine levels produce reactive oxygen species (ROS) leading to oxidative stress. ROS activate hypoxia inducible transcription factor (HIF) and nuclear factor2-erythroid related factor-2 (Nrf2), both factors activate genes that provide protection to the liver from alcohol toxicity.

Blood angiotensinogen (AGT) is the source of the vasopressor peptide, angiotensin II (Ang II). This peptide is the target of several blood pressure medications. In humans, blood AGT levels are normally less than saturation levels of renin; therefore an increase in AGT levels leads into increased Ang II levels. In humans, blood AGT levels correlate to blood pressure. Therefore, studying the synthesis of AGT after ethanol exposure will unravel one of the mechanisms of ethanol-mediated hypertension.

Our preliminary studies have demonstrated increased secretion of AGT from hepatocytes, the functional cells of liver. Due to activation of HIF (and Nrf2, not part of this proposal), it is possible that AGT transcription will be affected. We propose to identify the hypoxia response elements (HREs) in the 5' promoter region of the human AGT and define HRE-mediated AGT regulation. These results will offer interventional therapies for alcohol mediated-hypertension.