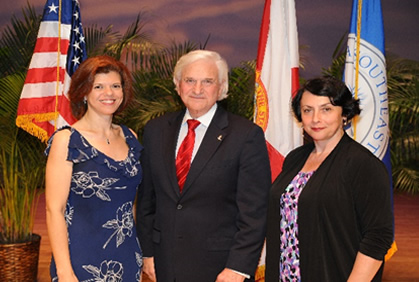 Parkinson's disease (PD) is one of the most frequent human neurodegenerative disorders associated with the procession of aging. PD physiopathology is linked to a widespread process of degeneration and consequent loss of neurons (1, 2). Rigidity, tremor at rest, postural instability, micrographia (small handwriting), and shuffling gait represent the principal motor symptoms that allow the diagnosis of PD (3). The clinical detection of these motor symptoms is often accompanied by cognitive and psychiatric problems (4, 5). One of the main characteristics of PD is the presence of Lewy bodies, which are aggregates of dysfunctional proteins and lipids. Protein a-synuclein is the major component of Lewy bodies. a-Synuclein is enriched in two types of brain cells: oligodendrocytes and neurons. Oligodendrocytes play very important role in the brain. They wrap around neurons and create myelin sheaths, protecting neurons and accelerating action potentials. Accumulating and aggregation of a-synuclein in oligodendrocytes is one of the PD markers (6).

Our collaborators have a well-developed model of PD in form of cultured neurons that can overexpress a-synuclein. Here we propose an extensive investigation of the regulatory epigenetic mechanisms that are affected by the a-synuclein aggregation in oligodendrocytes. In order to accomplish this, we will (Specific Aim I) measure expression of all cellular transcripts using the latest state-of-the-art technology RNAseq, which is an unbiased discovery tool. Furthermore, we will (Specific Aim II) evaluate dose-dependent effect of a-synuclein on the regulation of cellular metabolism and use bioinformatics tools for identification of specific pathways that can be further targeted for controlled therapy. Our systematic approach using RNAseq and bioinformatics will most likely reveal previously unknown transcripts that are important for cellular defense.  Results of this study will help to develop anti-PD treatment, which can be more effective than currently available therapy.