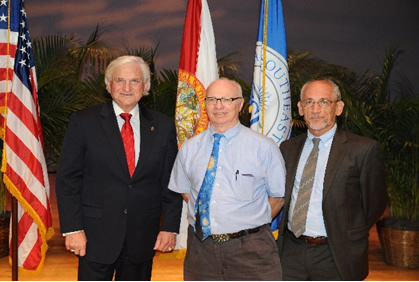 Because cardiovascular disease and stroke are the leading cause of death and disability in the U.S., there is a continuing need to improve our understanding of the mechanisms of these diseases to develop better therapeutic approaches to fight these diseases. The renin-angiotensin system (RAS) is a major cause of these diseases and knowledge of how the RAS causes disease continues to develop.  Among the new discoveries of RAS function is that its main receptor, the AT1 angiotensin II (Ang II) receptor subtype, has multiple signaling pathways.  These different signaling pathways may mediate different pathological effects of the RAS, and might even have beneficial actions. To address the question of which signaling pathways mediate which effects, we prepared a conjugate of bovine serum albumin (BSA) and Ang II that we hypothesize to be a “biased agonist”, that is, it only signals through one of the signaling pathways.