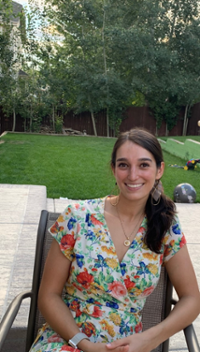 Hi! My name is Kenza and I'm an SI for Intermediate Algebra. I'm a senior Dual Admit Dental student majoring in Biology and minoring in Business. I know what it's like to struggle in a class, especially math, and feel like you have no hope of doing better and getting your grade up so I became an SI to help prevent that feeling and leading students to feel more confident with their math skills. I'm a part of the Pre-dent club and in a sorority. Three fun facts about me are; I'm from Denver, Colorado, I was studying abroad in Italy when COVID-19 hit, and I'm half Moroccan! I'm excited to work with you all this semester 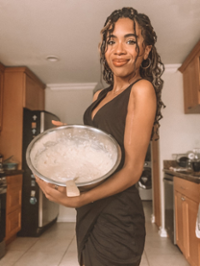 Hi everyone! My name is Samarra, but everyone calls me Sam. For this semester, I am an SI leader for MATH 1030, which is crazy because at one point in my life, I despised math. I never thought that I could succeed in the subject, but the joke's on me and here I am! I am an AP Secondary Social Studies Education major and I am also in the Fischler Academy. I chose to become an SI leader because I want to help my peers gain the confidence and clarity that I experienced when I finally understood math. I want to create an environment where my peers can feel unstoppable and can conquer any subject they feel insecure about. While I am not in any particular organization or club, I work as the Student Support Coordinator for Fischler Academy. So if you're in Fischler (or just a student in general), come to room 2063 in the library and say hi, because I will constantly be on-campus. My birthday is on Christmas! (2). I'm a cancer survivor (ayyye). (3). I'm a die-heart Starbucks fan (sorry, not sorry).

My name is Anjali Thomas. I am an SI Leader for MATH 1040, Algebra. I am a senior, majoring in biology. I chose SI because I have always been interested in helping others learn. I started tutoring in eighth grade, when I was asked by my middle school. I also love to cook and try different kinds of food.

Hi, my name is Isabella Capone and I am currently going to be a sophomore at NSU studying Secondary Special Education. I am from Flemington NJ. I will be an SI Leader for Math 1040. I chose to be an SI because of how much they have helped me in the past. I love the teamwork aspect and that students teach students, it really allows for excellent growth in a classroom. I am a part of Shark Teach and the Fischler Academy. I am also in WAVE Club, Surf Club, Delta Phi Epsilon, and an Academic Senator for the Student Government. When I was 10 my family took a trip to Disney World and when I was there I met Nick Jonas. If I could have dinner with anyone in the world I would want it to be with Miley Cyrus. My favorite month of the year is October in FL, it’s the perfect temperature and it’s my birthday month. I can’t wait to start! 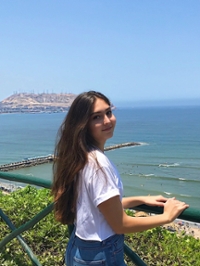 Hi! My name is Sydney and I am majoring in Public Health with a minor in Pre Health and Biology. I will be a senior in the Dual D.O. Program this upcoming year and hoping to start at our NSU KP-COM in the fall of 2021! One of my favorite classes I have ever taken is one of my major electives, Intro to School Health. It opened my eyes to how school is one of the most influential parts of every child’s life. It showed me that it is so important that we should focus our attention to them & allocate funds accordingly!! My favorite word is empathy. I think that if we all tried to see the world from each other’s perspective, it would be a much better place. The first season of Outer Banks was so good! I want them to come out with Season 2 already. 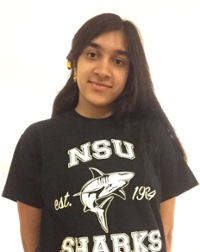 Hi, my name is Akshata Sastry and I’m from Northern Virginia, near DC! I am currently a junior at NSU, majoring in Biology and minoring in Behavioral Neuroscience and Business, and am a part of the Dual DO program. I will be an SI for Precalculus Algebra this semester. I am involved in several clubs on campus, such as MEDLIFE, the Pre-Medical Society, Children’s Advocates, and Med-Ed. I chose to become an SI because I love to help students gain confidence in the content of a class and to watch them grow successfully from tackling hard concepts. In my free time, I like to read, binge watch shows on Netflix, and listen to music.

Hi! My name is  Patrick Martin and I am an SI leader for  MATH 1250 (Trigonometry). I am majoring in Behavioral Neuroscience (Pre-med).I chose to become an SI leader because I wanted to assist students for them to succeed in the class and build connections and relationships with students, faculty, and staff. I am a part of Kappa Sigma Fraternity, Order of Omega, Farquhar Honors College, and MedLife. I have an identical twin brother. I was born on Valentine's Day. I have visited all 50 states. 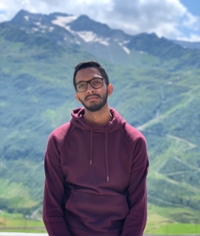 Hi there! My name is Hari Koganti, I’m a junior, here at NSU, and this is my first time as a SI Leader. I am a SI Leader for MATH 2020: Applied Statistics. I am a Bio major in the 4+4 Dual DO program at NSU. I chose to be a part of Supplemental Instruction, because I saw what it did for me in my courses and I wanted to be a part of it and help out. While I was in high school, I used to tutor and I was looking for an opportunity to do the same while on campus. Supplemental Instruction gives me that opportunity. Apart from being a part of SI, I am also a member of ISA, the Pre-Med Society, ACM, Nature Club, and I was a Lab Assistant for General Chemistry II. Here are a few fun facts about me. When I was younger, I loved to read the 39 clues series. I was first introduced to the books when one of the authors, Rick Riordan, visited my elementary school during an assembly. He was talking about “The Maze of Bones” and I was interested in the story, so I went out and rented the book from my town’s library. I was hooked onto the series from then on. In Formula One, or F1 (A motor racing series that takes place around the world), I’m a die-hard Ferrari fan. In the NBA, I’m a Nets fan, although I’ll also root for the Knicks. In soccer, specifically in the Premier League, I’m an Arsenal fan. Finally, in the NFL, I’m a die-hard Steelers fan. I’d have to say Switzerland or México was the best place I traveled. Both countries were really beautiful and I had a lot of fun while on vacation. In Switzerland, I visited Zurich, Geneva, Basel, and Interlakenhoheweg, while in México, I only visited Puerto Vallarta. They were both different experiences, so it’s hard for me to choose between the two. 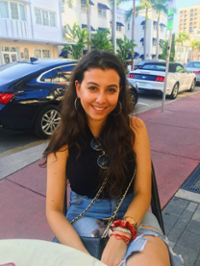 Hey guys! My name is Amy Abdou and I am now a senior at NSU! I am a biology major with a minor in psychology. I am currently an SI for Statistics! On campus, I am an active member of Greek Life, a member of MedLife, and an officer for a new mental health club on campus – Just Keep Swimming! I chose to become an SI Leader because I feel that learning material from a fellow student provides a completely different learning experience. I am very excited for this upcoming semester! Some fun facts: I’m left handed, fully Egyptian, and am a proud mom to a beautiful goldendoodle named Archie!