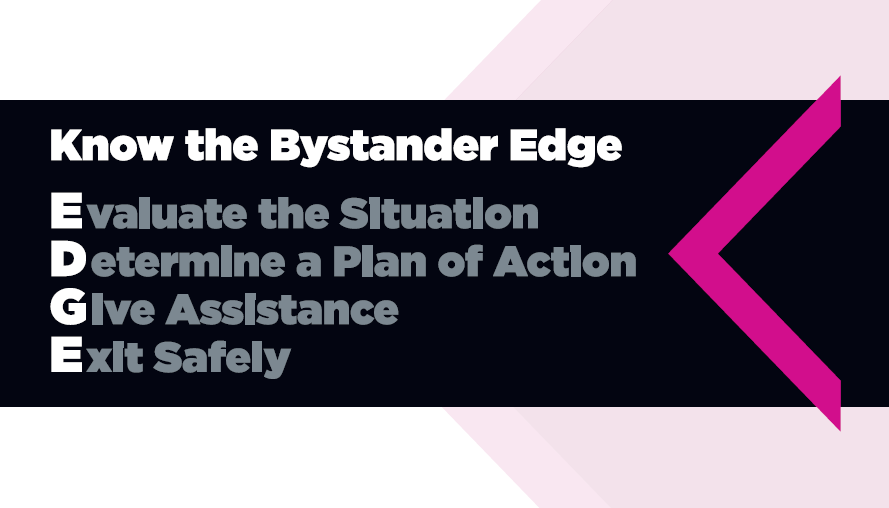 The university encourages students, faculty and staff, and others in the university community to review such terms so as to educate themselves on what constitutes sexual misconduct and how we, as a community, can eliminate such acts from happening. As discussed in the policy coverage section, the university uses the term sexual misconduct in this policy as an umbrella term to include intimate relationship (including dating and domestic) violence, sex-based discrimination,  sex-based intimidation, sex-based retaliation, sexual assault (including acquaintance rape), sexual exploitation, and sexual harassment. Individuals should also review the definitions of criminal behaviors as they appear in the Florida Statutes and other applicable jurisdictions.1

Informed, voluntary, and mutual agreement to engage in a sexual activity. Consent must be sought by the initiator of each act, and can be withdrawn at any time. There is no consent when there is force, expressed or implied, or when coercion, intimidation, threats, or duress is used. Whether a person has taken advantage of a position of influence over another person may be a factor in determining consent. Silence or absence of resistance does not imply consent. Past consent to sexual activity with another person does not imply ongoing future consent with that person or consent to that same sexual activity with another person.

If a person is mentally or physically incapacitated or impaired so that such person cannot understand the fact, nature, or extent of the sexual situation, there is no consent; this includes impairment or incapacitation due to alcohol or drug consumption that meets this standard, being asleep or unconscious, or being under the legal age to give consent.

Violence or the threat of violence between those in a sexual and/or comparably personal and private relationships. Violence may be sexual in nature (such as sexual assault), or it may be physical violence such as making death threats, punching, kicking, or using a weapon. The existence of such a relationship shall be determined based on the reporting party’s statement and with consideration of the length of the relationship, the type of relationship, and the frequency of interaction between the person involved in the relationship. This includes the following criminal behaviors:

Violence, including sexual or physical violence or the threat of such violence, committed by a person who is or has been in a social relationship of a romantic or intimate nature with the victim.

A felony or misdemeanor crime of violence committed—

Exists when sex-based harassment is sufficiently serious to deny or limit a person’s ability to participate in or benefit from the university’s programs or activities.

A hostile environment can be created by anyone involved in a university’s program or activity (e.g., administrators, faculty members, students, and campus visitors).

In determining whether sex-based harassment has created a hostile environment, the university considers the conduct in question from both a subjective and objective perspective. It will be necessary, but not enough, that the conduct was unwelcome to the person who was harassed. But the university will also need to find that a reasonable person in the person’s position would have perceived the conduct as undesirable or offensive in order for that conduct to create or contribute to a hostile environment.

To make the ultimate determination of whether a hostile environment exists for a person or persons, the university considers a variety of factors related to the severity, persistence, or pervasiveness of the sex-based harassment, including: (1) the type, frequency, and duration of the conduct; (2) the identity and relationships of persons involved; (3) the number of individuals involved; (4) the location of the conduct and the context in which it occurred; and (5) the degree to which the conduct affected one or more student’s education.

The more severe the sex-based harassment, the less need there is to show a repetitive series of incidents to find a hostile environment. Indeed, a single instance of sexual assault may be sufficient to create a hostile environment. Likewise, a series of incidents may be sufficient even if the sex-based harassment is not particularly severe.

An action taken by an accused individual or an action taken by a third party against any person because that person has opposed any practices forbidden under this policy or because that person has filed a complaint, testified, assisted, or participated in any manner in an investigation or proceeding under this policy. This includes action taken against a bystander who intervened to stop or attempt to stop discrimination, harassment, or sexual misconduct. Retaliation includes intimidating, threatening, coercing, or in any way discriminating against an individual because of the individual’s complaint or participation. Action is generally deemed retaliatory if it would deter a reasonable person in the same circumstances from opposing practices prohibited by this policy.

Actual or attempted sexual contact with another person without that person’s consent.  Sexual assault includes, but is not limited to:

Occurs when a person takes sexual advantage of another person for the benefit of anyone other than that person without that person’s consent. Examples of behavior that could rise to the level of sexual exploitation include:

Physical sexual acts perpetrated against a person’s will or where a person is incapable of giving consent. Sexual violence includes rape, sexual assault, sexual battery, sexual abuse, and sexual coercion. Depending on the specific conduct, stalking may also be considered a form of sexual violence.

Unwelcome conduct based on actual or perceived sex or gender, which includes:

Unwelcome conduct of a nonsexual nature based on a person’s actual or perceived gender, sexual orientation, gender identity, gender expression, or nonconformity with gender stereotypes.

Unwelcome conduct of a sexual nature. Examples include: unwelcome sexual advances; requests for sexual favors; or other verbal or nonverbal conduct of a sexual nature, including rape, sexual assault, and sexual exploitation. In addition, depending on the facts, dating violence, domestic violence, and stalking may also be forms of sexual harassment.

Another form of sexual harassment is "quid pro quo" harassment. This occurs when unwelcome sexual advances and/or requests for sexual favors are made by a person with power or authority over another when submission to such conduct is used as the basis for, or is implicitly or explicitly a term or condition of, employment and/or academic decision(s) or evaluation(s). An example of this type of sexual harassment is if a faculty member or supervisor offers to provide a positive reference letter in exchange for sexual favor(s) from a student.

Conduct is considered “unwelcome” if the person did not request or invite it and considered the conduct to be undesirable or offensive.
Unwelcome conduct may take various forms, including, name-calling, graphic or written statements (including the use of cell phones or the Internet), or other conduct that may be physically threatening, harmful, or humiliating. Unwelcome conduct does not have to include intent to harm, be directed at a specific target, or involve repeated incidents. Unwelcome conduct can involve persons of the same or different sexes.