Office of the Health Professions Chancellor

Chancellor of the Health Professions Division 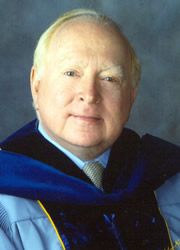 Frederick Lippman, B.Sc., R.Ph., Ed.D. is Chancellor of the Health Professions Division and Special Projects of Nova Southeastern University and reports directly to the President. Dr. Lippman received his degree in Pharmaceutical Sciences at Columbia University College of Pharmacy and holds a doctorate in Higher Education Administration.

A community pharmacist for over 20 years, he has been widely recognized by academic and health care societies and has held important leadership positions in professional organizations. Among his numerous awards and activities, he is the 1986 recipient of the American Pharmaceutical Association's Hubert H. Humphrey Award for Excellence in Pharmacy, a past President of the Broward County Pharmacists Association, and a former Speaker of the House of Delegates of the Florida Pharmacy Association.

Dr. Lippman had previously served as Chairman of the Health Professions Division Research Committee. Under his direction, a research laboratory was developed, core high-technology multi-user research equipment was acquired, and protocols and guidelines for research activity were drafted. This development of a research infrastructure resulted in a tremendous increase in basic research funding, research publication, and submitted grants. Students now participate in undergraduate research programs and present their research findings at regional and national conferences.

Dr. Lippman had been a member from 1978-1998 of the Florida House of Representatives whose district encompassed much of southern Broward County. Among his many honors, he was recognized as a "Health Care Hero" in 2012 by the Greater Miami Chamber of Commerce, "Child Advocate of the Year" in 1996 by the Florida Pediatric Society, and as "Outstanding Advocate" in 1997 by the Institute of Holocaust Documentation at Florida International University for his leadership in adopting Holocaust educational curricula in the state of Florida.

Dr. Lippman is known as the "Father" of the State of Florida's Area Health Education Center (AHEC) Program, a federally-funded program that works to improve the supply and distribution of primary care health providers in medically underserved rural and urban areas by creating partnerships with academic health centers. NSU-HPD's AHEC Program began in 1985 as Florida's pioneer AHEC Program. 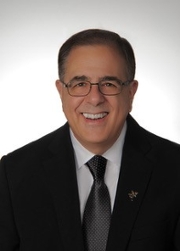 From l994 to l997 Dr. Rosenbaum was director of the Center for Entrepreneurship, at NSU's H. Wayne Huizenga School of Business and Entrepreneurship. He has been a professor at NSU since 1976. Prior to joining NSU, Dr. Rosenbaum spent nearly 25 years serving as City Manager of Hollywood, Fla., Town Administrator of Davie, Fla., Assistant to the Mayor in Lauderhill, Fla. and in New York City government. Dr. Rosenbaum is an organizer and director of Regent Bank, a community bank with branches in Davie, Fort Lauderdale, West Palm Beach, and Boca Raton, Fla.

“Dr. Rosenbaum's experience and leadership will certainly be beneficial in helping Nova Southeastern University and our division meet their goals for academic excellence, research and innovation,” Dr. Lippman added.

Dr. Rosenbaum's public service activities include serving as chair and vice-chair of the Broward County Higher Education Facilities Authority, on the State of Florida Public Service Commission Nominating Council , and as a member of the Broward County Charter Review Commission. He serves as vice chair of the Davie Economic Development Council and is a director of the Greater Plantation Chamber of Commerce. Additionally, he is a member of the board of directors for the Holocaust Documentation and Education Center of South Florida.