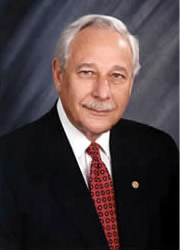 He is also a member of the Broward County Bar Association and Broward County Trial Lawyers Association. In 1995, he was appointed by Governor of the State of Florida to serve as Chairman of the Committee of Inquiry - 15th Judicial Circuit Nominating Commission, to investigate alleged improprieties in the judicial nominating process, and is currently serving as a member of the Board of Governors of the Tower Club, National Conference for Community and Justice, Broward Workshop and Broward Alliance, and on the Board of Directors of the United Way.

Mr. Ferrero has also lectured extensively through the United States to legal, business and civic groups.