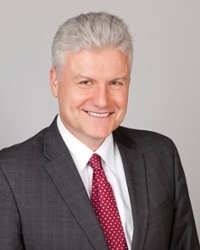 Dr. Johannes Vieweg joined NSU from the University of Florida (UF) in Gainesville, where he served as the Wayne and Marti Huizenga Endowed Research Scholar's Chair, director of the UF Prostate Disease Center and founding chairman of the UF Department of Urology.

Dr. Vieweg is board certified by the American Board of Urology and served a five-year term as chair of the American Urological Association’s Research Council. He received his medical degree from the Technical University of Munich, Germany in 1978. After relocating to the United States, he spent three years as a post-doctoral research fellow at Memorial Sloan-Kettering Cancer Center in New York and Duke University in Durham, N.C. In 1999, he completed the Duke residency-training program in urology and, subsequently, enjoyed a highly productive nine-year tenure as vice chair for research in the Duke Department of Urology. In 2006, Dr. Vieweg joined UF as the inaugural chairman of the Department of Urology from 2006 to 2015. In 2014, U.S. News & World Report ranked the urology department 18th in the nation, the highest in Florida. Dr. Vieweg credited the strong faculty with this success. He hopes to replicate that success with NSU’s M.D. College.

Much of Dr. Vieweg’s career-long scientific activity has centered on the investigation and clinical testing of genetically engineered tumor vaccines, the discovery of universal tumor antigens and the modulation of immunosuppressive T cells and myeloid cells. He also made significant contributions to the biomedical sciences by discovering novel pathway-targeted interventions and developing prediction models for therapeutic response.

Dr. Vieweg’s more recent research interests are aligned with the field of public health, prevention medicine, implementation science and comparative effectiveness research, applied in academic and community-based settings. His scientific work has received uninterrupted funding by the National Institutes of Health since 1998 and is well documented in more than 150 publications, books, commentaries and review articles.

Additionally, in February 2015, Dr. Vieweg was awarded a one-year Jefferson Science Fellowship by the National Academy of Sciences. In that capacity, he served as a senior science and technology advisor to the U.S. Department of State (DOS) Bureau of East Asian and Pacific Affairs in the development of foreign policy. He focused primarily on the management and implementation of scientific, technological and medical agreements established between the DOS and foreign governments, interacting with numerous DOS offices and other governmental agencies, including the Department of Health and Human Services and the National Science Foundation on issues of global health and human security.
Return to top of page