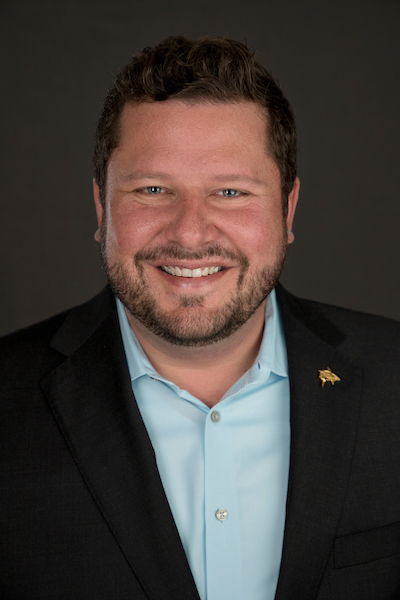 Brandon L. Hensler, M.S., APR, is the executive director of NSU’s Division of Public Relations, Marketing, and Creative Services. In this role, reporting to the vice president, he co-manages the planning and execution of the university's strategic branding and integrated marketing communications plan, and leads the Public Relations team. In addition, he performs public relations and executive communications for the Office of the President; measurement of the division’s paid, earned, and owned media initiatives; and manages the overall budget for the Division of Public Relations, Marketing, and Creative Services.

Hensler serves on the Board of Directors for Junior Achievement of South Florida, where he sits on the executive committee. A graduate of Leadership Broward Class XXX, he serves on their Board of Directors and co-chairs their annual Profiles in Leadership Black-Tie Gala. He is also on the Board of Directors of Florida Bulldog, an independent, non-profit, fact-based investigative journalism outlet. He previously served as a county commission-appointed board member on the Broward County Human Rights Board and is a past-president of the Public Relations Society of America's Greater Fort Lauderdale Chapter. Hensler is a founding member of NSU’s 1964 Legacy Giving Society and was a founding member of the Downtown Fort Lauderdale Transportation Management Association's Sun Trolley Foundation Board. He has also served on the Board of Trustees of the Miami University "1809" Alumni Association.

Hensler holds an M.S. in Conflict Analysis and Resolution from NSU's Halmos College of Arts and Sciences, and a B.A. in International Studies/Latin American Studies from Miami University (Ohio). A past honoree of the South Florida Business Journal’s prestigious “40 Under 40” award, he is accredited in Public Relations by the Universal Accreditation Board and is certified as a Lean Six Sigma Yellow Belt. He was recently honored by Leadership Broward Foundation as an honoree of their prestigious “Fun Lunch” award. He is bilingual in English and Spanish and is a proud NSU Shark.