Genetics of the African Cheetah Continues to Surprise and Excite Researchers 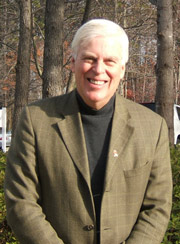 FORT LAUDERDALE-DAVIE, Fla. – Researchers at Nova Southeastern University (NSU's) Genome Bioinformatics Center announced the release of a reference genome sequence of the African cheetah, (Acinonyx jubatus,) a critically endangered species that informed, even empowered, the field of conservation genetics. Working with collaborators at Theodosius Dobzhansky Center for Genome Bioinformatics, St. Petersburg State University in Russia, BGI-Shenzhen in China (a genome sequencing powerhouse) and the Cheetah Conservation Fund (CCF) in Otjiwarongo, Namibia (a premier global conservation organization,) the 35-author team accomplished a detailed innovative analysis that illuminates our understanding of both the successes and perils of this unrivalled evolutionary creation.

“We continue to learn new and exciting things from the genetics of the African cheetah,” said Stephen J. O’Brien, research director and professor at NSU’s Halmos College of Natural Sciences and Oceanography. “Every new finding provides a glimpse into history and teaches us lessons on how species develop and adapt.”

Cheetahs are well known as specialist sprinters that race across the African savannah at speeds in excess of 100 km/hr. They are considered highly endangered as their populations have diminished to fewer than 8,000 in past decades. Cheetahs were discovered to be remarkably deficient in measurable genetic variation three decades ago and, with considerable follow-up, became the “poster species” for genetic impoverishment in endangered and threatened species. Cheetahs trace their origins to North America where the fossil record shows their descent from common ancestors of the American puma.

The extirpation of cheetahs in North America 10,000-12,000 years ago, combined with a 100,000 year earlier migration of cheetahs out of North America across the Bering straits then down to Africa, produced a series “populations bottlenecks” where cheetah ancestors dropped to low numbers and were obliged to inbreed, mating with close relatives to survive. Severe population bottlenecks lead to a dramatic reduction in endemic genetic variation, leaving the animals susceptible to physiological and reproductive impairment termed “inbreed depression.”

The international team, led by Ph.D. candidate Pavel Dobrynin and NSU professor O’Brien, sequenced seven cheetahs, notably Chewbacca, the CCF ambassador cheetah. Their analysis unraveled a plethora of fascinating insights around the cheetah’s past and also its remarkable specialization for dazzling speed. Multiple features of the cheetah’s genome were detailed and annotated in depth: 20,343 protein coding genes, the complexity of repeat DNA families, noncoding RNA families, DNA variation within and outside of genes, copy number variation, and genes that showed evidence of recent natural selective pressures.

Seven different measures of genome-wide diversity affirmed the loss of overall variation. Cheetahs retain less than 5% of the healthy stash of variation seen in most living species, way lower than other well-known examples of genetic impoverishment including Tasmanian devils, Virunga gorillas, Amur tigers, even highly inbred cats and dogs.

Back in the 1980s, Drs. O’Brien, Laurie Marker, Melody Roelke and David Wildt, co-authors of the most recent release,  reported cheetahs to be unusual in that they fail to immunologically reject skin grafts in surgical transplants from unrelated individuals – they all seemed like identical twins.  The genome screens today illustrate the reason; a cadre of genes that mediate graft rejection, the Major Histocompatibility Complex – MHC (perhaps the most variable gene family in human and other mammal genomes) was near uniform across different cheetahs. In addition, all cheetahs had actually disarmed four MHC genes entirely.

The timing of the cheetahs historic bottlenecks were refined by today’s genomic imputation to approximately100,000 years ago (the migration from America to Africa) and 11,084-12,589 years ago (the Pleistocene mammal extinction).

An unusual consequence of the historic bottleneck and subsequent consanguineous matings are reproductive impairments including elevated incidence of malformed spermatozoa in cheetahs (on average 80% abnormal sperm in a cheetah ejaculate compared to 30% for domestic cats or humans). Today’s report identifies a plausible explanation; AKAP4 ,a testis specific gene known to regulate sperm development in humans, showed a remarkable signatures of selection due to 10 homozygous mutations, five of which are function-altering and likely block normal sperm development .

The cheetah’s incredible running specialization is likely influenced by selective retention of gene variants related to energetics and anabolism for producing muscle specialization. The genome analyses identified a group of eleven candidate genes that display evidence of selection involved in muscle contraction (five genes), stress response (two genes), and regulation of catabolic processes (four genes), all now putative candidates for the cascade of adaptations we see in modern cheetahs.

The breadth and scope of today’s study offer a rare insight into the silence of pre-history that molded modern species by genome mining and interpretation. Further they affirm the lesson of population collapse that occurs frequently in wild species, that some can carry a genetic hangover handed down from close inbreeding in their precursor species.

About Nova Southeastern University (NSU): Located in beautiful Fort Lauderdale, Florida, Nova Southeastern University (NSU) is a dynamic research institution dedicated to providing high-quality educational programs at the undergraduate, graduate, and first-professional degree levels. A private, not-for-profit institution with more than 24,000 students, NSU has campuses in Fort Lauderdale, Fort Myers, Jacksonville, Miami, Miramar, Orlando, Palm Beach, and Tampa, Florida, as well as San Juan, Puerto Rico, while maintaining a presence online globally. For more than 50 years, NSU has been awarding degrees in a wide range of fields, while fostering groundbreaking research and an impactful commitment to community. Classified as a research university with “high research activity” by the Carnegie Foundation for the Advancement of Teaching, NSU is 1 of only 37 universities nationwide to also be awarded Carnegie’s Community Engagement Classification, and is also the largest private, not-for-profit institution in the United States that meets the U.S. Department of Education's criteria as a Hispanic-serving Institution. Please visit www.nova.edu for more information.